Early on November 3, the day we thought would never arrive, my neighbor texted to say he was walking over to the polling station at 6:50. I was planning to go later but decided to join him. We vote similarly, and I figured a last-minute review on a certain measure wouldn’t hurt.

Like me, my neighbor understands the power of prayer. When we met at the front gate at 6:51, he prayed the process would go without a hitch. He knows how concerned I am about voter fraud, having experienced it firsthand in the 2018 primaries.

My neighbor’s prayer was answered. In my 15 years as a US citizen, I’ve never had a smoother voting experience. For one thing, there were no lines, and the poll workers were unusually friendly.

Perhaps that’s an indictment of poll workers, since Americans are considered to be usually friendly.

Perhaps not. After all, I’ve only ever met a handful of poll workers in one corner of one city of one county, and I haven’t met every American.

Be that as it may, the nastiest poll worker wouldn’t have kept me from casting my ballot this year. It is a truth almost universally acknowledged that 2020 is the most consequential election since Lincoln’s first bid for the White House in 1860, which eventually led to the abolition of slavery. 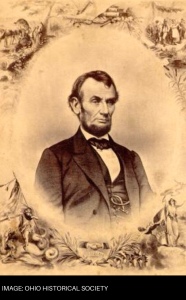 After being greeted by three smiling volunteers, I duly sanitized my hands and entered the polling station. At the registration table, for the first time since I began voting in the US, a smiling poll worker asked me to state my year of birth.

The older I get, the less I like to state my year of birth, but this time I stated it gladly because it seems like a step towards voter ID. Which is definitely a step in the right direction.

Seeing that I hadn’t lied about my year of birth, the poll worker turned her tablet towards me. She told me to check my information and sign if everything was correct.

I signed the screen, and another smiling poll worker directed me to an open booth. Using my mail-in ballot as a cheat sheet, I began to do my civic duty.

This is where the plot would have thickened were I voting in, say, Maricopa County, Arizona. This being LA, the entire process was digital. There were no Sharpies involved.

I made my choices and triple-checked the printout. Without planning it that way, I pressed the “Cast Ballot” button at 7:14. It’s a time I love, because it never fails to remind me of 2 Chronicles 7:14.

My neighbor took a few photos on my phone, and we walked back to our building. This time I did the praying.

After such an auspicious beginning, what could possibly go wrong?

This morning, more than 48 hours after I had pressed the “Cast Ballot” button on Election Day, I received an email from the LA County Registrar of Voters informing me that my vote will be counted.

Shouldn’t it have been counted on election night, before they called the state for Biden?