While scrolling through the comments under an election-themed video, I came across this question: “Will you go to hell if you don’t vote for Trump?”

The video had not offered any advice on how to vote. On the contrary, the speaker was evasive about his position and the video had numerous rabbit trails. Even watching it at 1.75x speed felt like a waste of time. But the comment deserves a response.

This is not surprising. In the run-up to the 2020 election, Biden’s supporters have focused less on cheering him than on jeering his opponent. What seems to motivate them is not electing Biden so much as not reelecting Trump.

But let them have their biases; I believe in freedom of thought. As a Bible-believing Christian, however, what bothers me about the comment is the insinuation that how one votes in an earthy election determines where one spends eternity. This is simply not biblical.

WHAT DOES THE BIBLE SAY?
The Bible tells us why people go to hell, and it has nothing to do with how we vote. People go to hell if they refuse to repent of their sins and do not believe in Jesus Christ for their salvation. Nothing more, nothing less.

Shortly after the Bible’s most famous verse, Jesus declares that the person who does not believe in Him is “condemned already” (John 3:18). To be condemned is to receive an unfavorable verdict, and according to Jesus Himself, everyone who does not believe in Him has already, even before they die, received an unfavorable verdict. This verdict carries the penalty of eternal separation from God in a place called hell.

Jesus has much to say about this place. He calls it “the fire that shall never be quenched” and depicts its “torments” in terms of eternal thirst. Some of His parables end by alluding to hell as the “outer darkness,” where there will be “weeping and gnashing of teeth.” (See Matthew 22:13 and Matthew 25:30, for example.)

Every nation that has laws has a place for lawbreakers, and the kingdom of God is no different. The prison for spiritual lawbreaking or sin is hell, and it cannot be escaped by voting a certain way. We are required to repent of our sins (Acts 20:21) and to receive God’s gift of salvation through Jesus Christ (Romans 6:23).

DOES IT MATTER HOW WE VOTE?
The short answer is yes, it matters both here and in eternity.

Those who escape the fires of hell will have to appear before the judgment seat of Christ, to be rewarded for “the things done in the body, whether good or bad” (2 Corinthians 5:10). Jesus’ parables about the kingdom of God usually show people being rewarded in some way, and one of the last things He says in the Bible is that He will reward each person according to what they have done (Revelation 22:12).

Since voting is something “done in the body,” we can assume that our voting behavior is among the deeds that will be judged on the final day. And while it will not send us to hell, it can affect our rewards in heaven.

How we vote also has more immediate and tangible consequences here on earth, because the people we elect can make our lives easy or difficult. For a number of years now, Christians in America have been facing persecution through various kinds of unbiblical and anti-biblical legislations. This year alone, elected officials across the nation have passed laws curtailing our ability to assemble to worship God.

If we want to lead “peaceful and quiet lives in all godliness and holiness,” if we want the freedom to assemble with our fellow believers and to share the gospel with those who have yet to hear, we must vote for faith-friendly candidates. And by God’s grace and mercy, in this presidential election there are some. 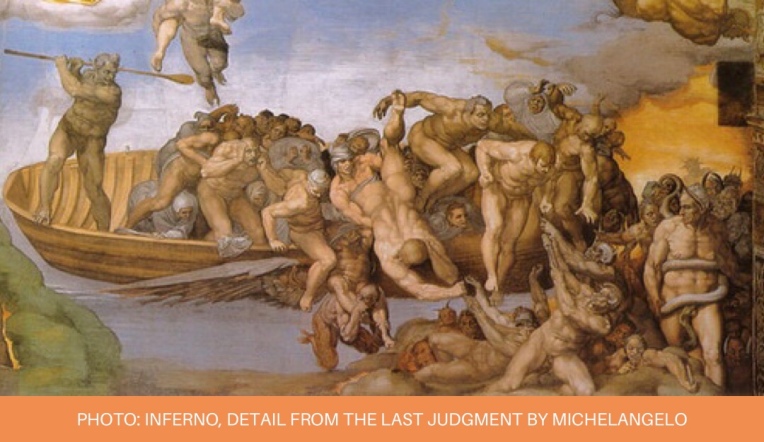